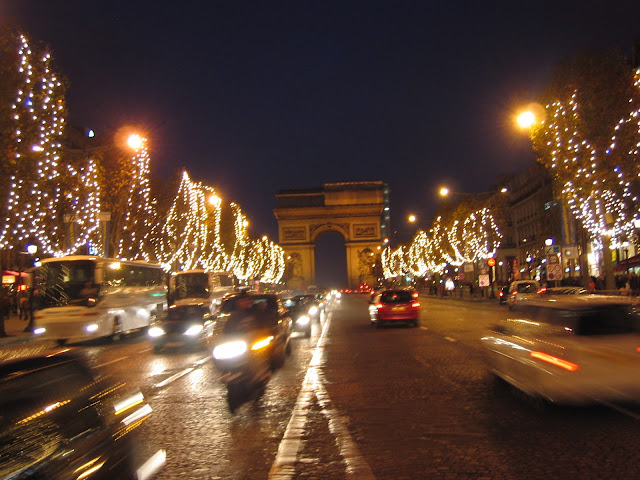 Kansas City is the heart of American flyover country and probably one of the cheeriest places in the world around Christmastime.

Even the most miserable and tired soul would find it hard to stay in a bad mood amid this global capital of holiday celebration. This town is home to the Hallmark corporation - And in the midst of the massive decline of the greeting card industry, this business is going down with enough celebration to give the house band on the Titanic or Emperor Nero a moment of pause. And while it's too easy and cynical to say that Christmas represents serious business for some people. In Kansas City, there is no doubt that Christmas is a way of life.

Setting the scene, it's hard avoid trite holiday pessimism. There are far too many screeds dedicated to this hard fought festival of consumerism. Even the Pope is kind of a bummer this year as he calls out the Christmas season a charade with the world at war. Credit where it's due, in the aftermath of religious violence that rings out across the globe, the Pope will forgo a bullet proof vest. All Catholics know that Popes have a funny way of getting killed during times of crisis, so this end of year truth telling should engender at least a modicum of respect from even the most strident skeptics.

This year, terrorist atrocity in Paris which killed 130 people seems to define the holiday season for better or worse. In the immediate aftermath, the city of lights defiantly celebrated Hanukkah with a political bent that seemed exceptionally appropriate. However, the Christmas celebration in Paris doesn't seem so bright as lagging world economies begin to show signs of strain.

And so the topic of Christmas cheer brings us back to Kansas City and the industry of celebration dedicated to Lord and Savior of Christians and merchants peddling consumer electronics.

There is no real Islamic terror threat in Kansas City. Sure, there is no shortage of online trolls and hateful chatter which pops up from time to time in KC but there's just not a renowned target worthy of destruction in this sleepy little town that would resonate throughout the world. Again, global economic reality rears its ugly head - Even the terrorists are trying to do more with less and increasingly limited resources. Some say that a gathering of 800,000 people after a World Series win was the highlight of this year for Kansas City and that gathering was surprisingly free from violence according to authorities. Again, in Kansas City there is a politeness that's ruthlessly enforced among nearly every mainstream faction of local society.

Still, the holiday cheer hasn't managed to resonate among Kansas City's poorer, minority and disenfranchised communities where the murder rate equals some of the most violent cities in the nation.

Nevertheless, the industry of Christmas continues in Kansas City, referred to long ago as the "Paris of the Plains," as locals do their very best to tune out the troubles of the rest of the world. It's not quite certain if the dedication to Christmas in Kansas City is pathological or simply the only real excuse to move merchandise and crowds during the winter doldrums. Whatever the case, this American way of life seems unchanging and strong even as a kindred city is scared and scared this season.

Despite tech advances and this digital world where every place is seemingly connected by some kind of device, what we see this year during Christmas is an ongoing and seemingly eternal struggle to truly find any kind of real common ground among enemies or allies. There's a neat theory among religious fanatics of many factions that the impending fall of Syria will bring about the end of the world. More reasonable media watchers simply lament the ongoing carnage of continued fighting in the name of so many Gods who remain silent. Forgive the digression, but the only thing that anybody can seem to agree on is that Adele's new album is remarkable, bittersweet and the real anthem to the 2015 Winter season. Meanwhile, retreat into traditions, skepticism or even the faiths which inspire deadly fighting across the planet endure but seem just a little bit less sacred to anyone really paying attention.

And still the season seems blessed not for the call to peace that's eternally ignored by all of mankind but for the glorious wasted effort perpetually recycled around the world in the face of war, terror and endless doubt.