Nothing Changes On New Year's Day 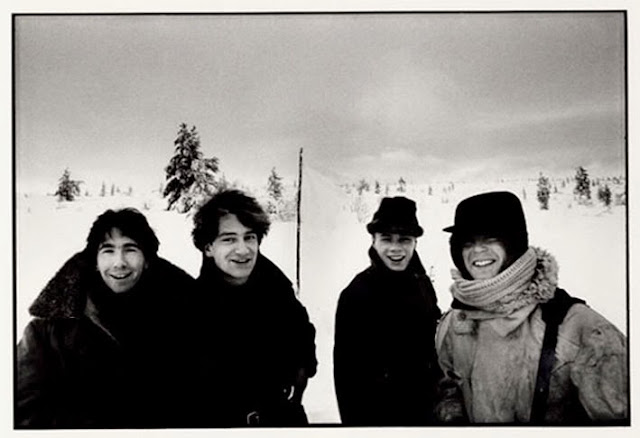 Starting over is underrated.

New Year's resolutions are an easy target for clowning because promises are more easily made and broken than anything else on the planet. January is always a tragically cold time of year wherein dormant gym memberships and broken commitments to give up booze provide sardonic mental decoration of sorts in order to get back into bad habits and unproductive routines.

And already this quick idea is goes on too much.

U2 once proudly proclaimed that nothing changes on New Year's Day.

Back when this beloved Irish band produced the anti-war New Year's Day track, the group was coming out of their college rock days and just about to earn a place among musical forces that would dominate the global music marketplace . . . Looking back, this era in the U2 catalog was kind of like a precursor to emo with a new sound that was seemingly "alternative" putting forth musical notions that were probably unproductive but strangely hopeful as well.

Backtrack . . . My favorite line from this song:

"So we're told this is the golden age, and gold is the reason for the wars we wage. I want to be with you night and day. Nothing changes on New Year's Day."

This might have been one of the strongest lyrics of the late 20th century and an outstanding example of making the political personal without losing perspective of the big picture.

And while this song didn't do much to prevent future wars, the brilliant sentiment defined pointless political struggle against stronger forces for most listeners thereafter.

Obviously, this blog doesn't have such high aspirations. For now, Tonyscribe is going to be a daily updated endeavor to share "literary" ideas (for lack of a better word) and hopefully a few stories that result from some of the thought processes shared.

New Year's Day might just be an arbitrary point on a calender but it's just as good of a time as any to document a few stories that deserve to be shared.